WHAT YOU NEED TO KNOW ABOUT YOUR TANDEM SKYDIVE 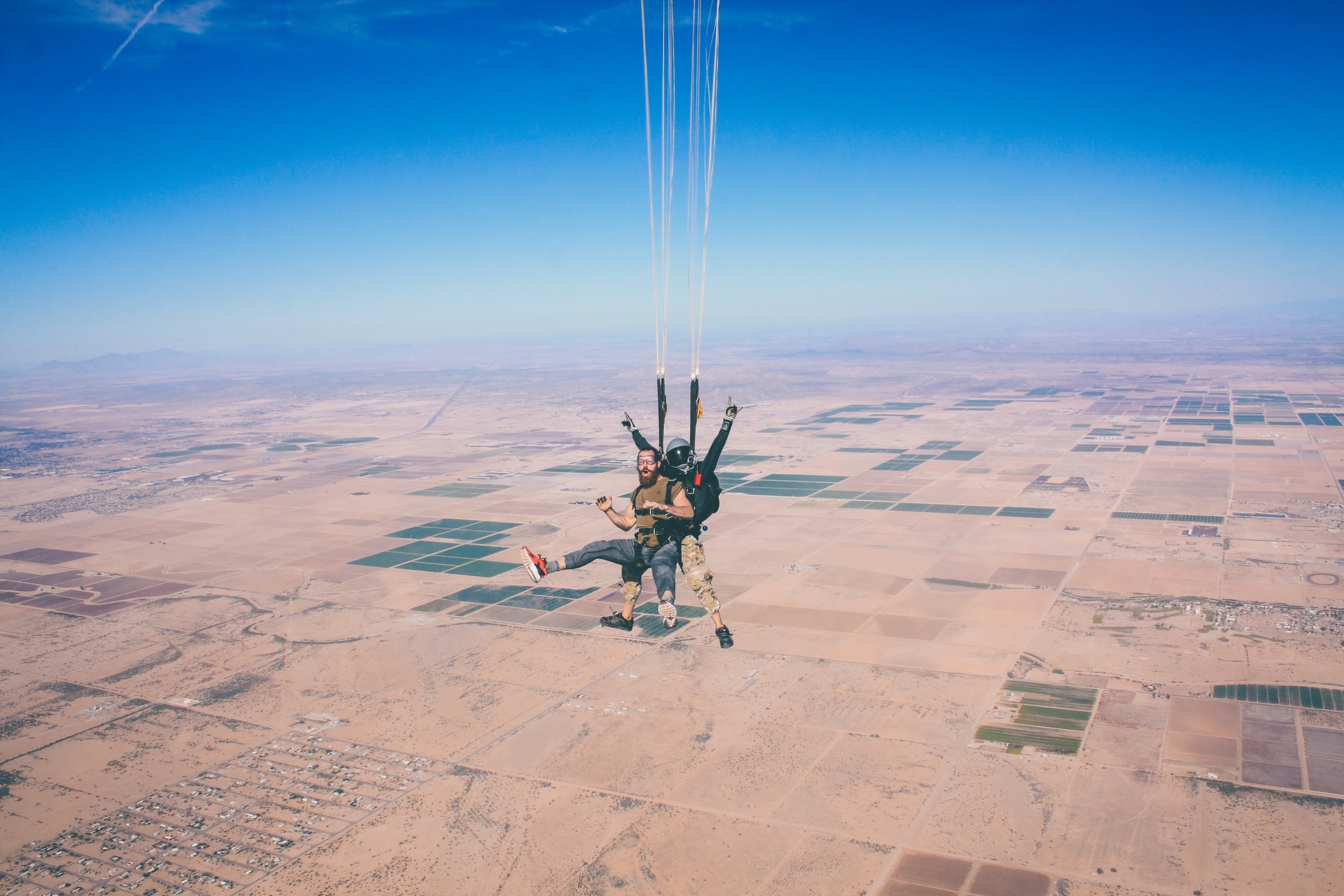 Skydiving is increasingly becoming popular among people of all ages. There are many reasons why more people are doing sky diving as often as possible. For some, it is an exciting recreational adventure worth engaging in once in a while. For others, it is an effective way of dealing with the stress and distractions brought about by the crazy lifestyles of today. Either way, skydiving is an experience that will certainly test your limits, make you face your fears, and most importantly, change your perspective about the world. There are many who began skydiving out of seeking an adventure but with time their passion for the sport transformed them into top athletes.

Like almost everyone else, you might be skeptical about the whole skydiving thing. Jumping from that plane probably looks to you like a jump towards death. Relax. For a first time sky jumper, the entire activity from the beginning to the very end is done with the assistance of an experienced tutor in what is referred to as tandem skydiving. It is the safest way of having your first experience of jumping off the plane, the freefall, the parachute flight, and how anxiety turns into excitement in between the stages. The freefall is usually the scariest part which is followed by a state of pure bliss and freedom. There is no need for worrying about a freefall because it is extremely brief and usually lasts less than a minute. In fact, in typical skydiving, the freefall lasts 60 seconds from an altitude of around 13,000 feet.

Skydiving is one liberating experience and not as scary as it may sound to a first time jumper. In order to prepare you psychologically and physically for your first time skydiving, here are a number of things you need to know about the tandem jump.

What is a tandem jump?

How is a tandem jump different from a regular skydive?

The major difference is that tandem skydiving is only for the first time jumper done with the assistance of a trainer. On the other hand, a regular skydive involves a solo jump with no assistance from anyone.

What is the duration for the tandem skydive?

The duration of the skydiving training for the first time jumper differs for each stage of the whole activity. First, there is the plane flying to the altitude of the jump, which typically lasts 10-25 minutes. This stage gives you a great view of the landscape for the skydive. Once at the jump altitude follows the freefall from the plane whose duration is determined by the altitude. However, the freefall typically lasts less than a minute. This is followed by an open parachute flight which typically lasts for about 10 minutes.

Is it possible to breathe in freefall?

Most people who are yet to skydive have the notion that it is difficult or impossible to breathe during the freefall. This is understandable. However, it is actually the opposite of what it appears like. What every potential first time jumper ought to know is that regardless of the speed of the freefall, you breathe perfectly fine. Any difficulty in breathing can only be associated with the anxiety that comes with making the jump out of airplane. Contrary to what it may seem like, the freefall is actually an extremely blissful and liberating experience.

Landing under a parachute can be likened to landing on an airplane. In a tandem jump, the parachutes have a wing-like design. They can also flare which allows the skydivers to land as softly as birds. The tandem instructor familiarizes the first time jumper with the landing technique and assists with perfecting it.